Monday, June 27
You are at:Home»General»10 hottest cities of the world-2022. Three from Pakistan and four from India

Summers are here in the Northern hemisphere of the world. While the people of Asia were bidding farewell to the winters, they knew that this time summers were unexpectedly hot. The summers were not good at all. The seasonal change was sudden and people have been complaining about it.

Here is a table for the Top hottest countries, as per weather of MAY, 2022: 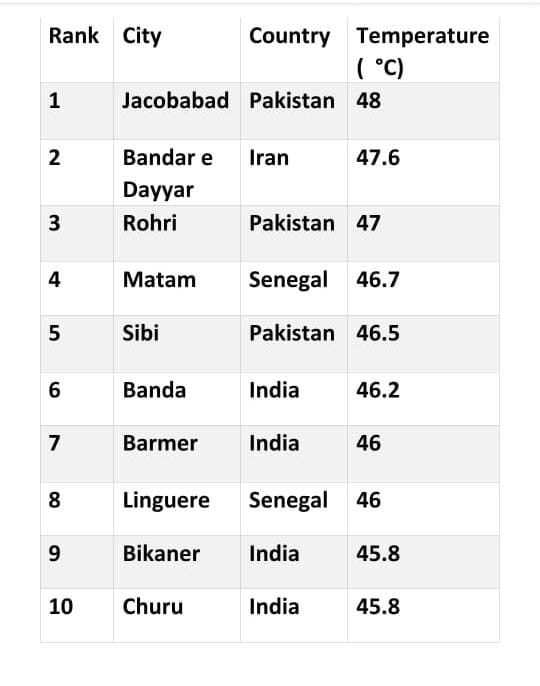 Pakistan’s Jacobabad ranks the hottest country of the world with a temperature of 48 degrees Celsius. The other 2 cities from  Pakistan are Rohri and Sibi. While 4 Indian cities are making to top 10 hottest cities.