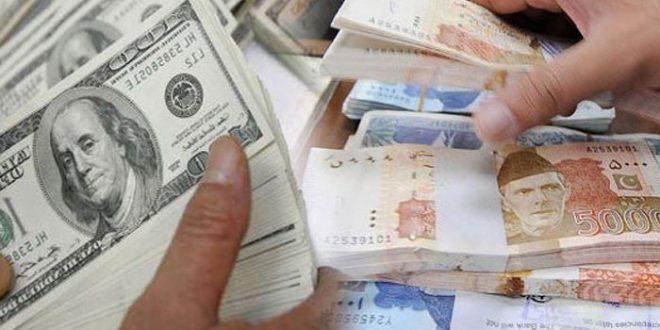 To start a discussion on a specific topic or to examine the exact factors we have to go behind the times, travel a little or more back in the timeline to know exactly what happened and what caused the difference of the state of any given thing. Observations play a vital role to steer anything towards betterment or to defy and counter the loss an object creates. The rise and fall of the Dollar, however, seems to remain out of bounds to all the observations and measures taken by our Government and state institute to control it.

Pakistan is the center of attention around the world regarding what is happening and has been happening in the past 70 years. Starting with the issue of Kashmir right after its independence, then the attack of Soviet Union on Afghanistan, followed with the martial law governments, terrorism, the making of Nuclear warheads and the present war ongoing nationwide and globally, Pakistan stays vital and vulnerable simultaneously. When a war is waged upon or any kind of political instability occurs the nation suffers a very long lasting dire loss which is almost impossible to recover.

Dollar is used as a trade currency all over the world; for imports, for exports, for major deals between two people or nations and as a reserve fund by most of the countries, so yes, dollar is the most important currency all over the world. Pakistan is under a huge debt after taking direct loans from IMF and ADB, infrastructural based loans, project-based loans and others as a help from friendly countries to keep stable. This, however, has put the country and the nation under serious monetarily issues causing inflation in the markets, corruption due to rise in the cost of daily use and a huge class difference in the urban areas.

In 2008, ten years ago, US Dollar stood at Rs. 67.5/-. This was the selling rate in the open market. In just a span of ten years, it has gone almost double and the market stands at RS. 133/- to a Dollar. This is quite alarming. The government needs to stop taking more loans and control the ongoing money laundering. Money laundering is a process of smuggling amounts of money outside one country and then to transact it as many times as possible through different accounts and borders to eradicate any trace and trail of the amount being smuggled. There is a loophole in the laws of Pakistan and International laws which gives a window to the person or the organization involved. A handsome amount taken in as a bribe or looted is transferred in a fake account which clearly depicts the level of white-collar crime and corruption in Pakistan. This amount is then withdrawn, and dollar is bought from open market, also referred to as black market because no identity is required for the purchase, nor is the purpose asked.

The dollar is later again deposited in a “fake” foreign currency account and then transferred abroad. This devalues the Dollar as the currency gets shorten in the market and the price shoots up.
Another factor is our increasing imports and decreasing exports. This is quite alarming and dangerous for our economy. We are relying more and more on the imported items and thus the imports are increasing, yet again making Dollar weak against Pakistani Rupees as Pakistan fails to gain inwards remittances.

The Government and the nation of Pakistan as whole should think over this and take necessary measures to stop devaluation of Pak Rupees against the US Dollar or else the economy may deflate more and the country would dive deeper into crisis.

Yes, Dollar is connected to our daily life as it affects and has a major effect on the prices of almost everything we purchase, our living standards and the dignity of the nation in the world.
Let us hope that there would be betterment in the future as economic instability gives birth to almost every bad thing possible.