Thursday, September 29
You are at:Home»Success stories»Malala Yousafzai, a girl appreciated worldwide yet criticized by her fellow Pakistanis! 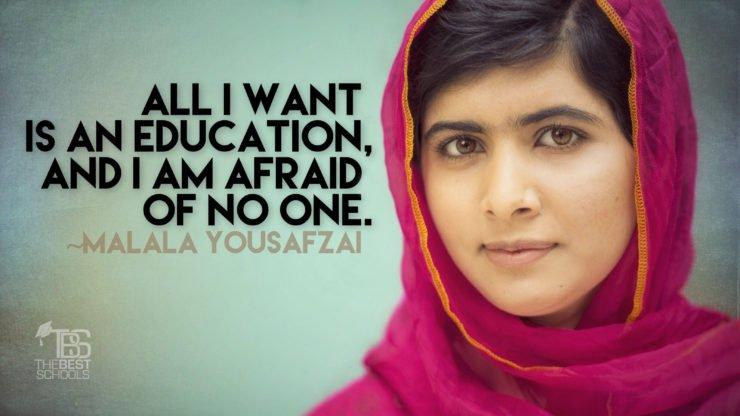 Malala Yousafzai has been a youth sensation since 2012 after she survived a gunshot from the Taliban while she was a schoolgirl in Swat, Pakistan. In 2013, reckoning her bravery she was awarded the Nobel Prize. Since then she had been a global icon. She is now studying at the Oxford University and runs a Malala foundation.

Globally she has become an international symbol of victim of Taliban. Not only the brave young lady was able to survive the attack, but now has devoted her life for the cause of female education. By pursuing higher education, herself even after the attack, she has been able to prove that Taliban are not strong. Her strength and her accomplishments are a slap on face of Taliban who thought that education of women can be hindered by their cowardly efforts!

The world acknowledges her and loves her. She was only 15 when she was attacked and is the 17th youngest person around the world to have achieved a Nobel Prize. Malala Foundation is a worldwide foundation that has been acknowledged by many. Her foundation is helping many and is for a better cause. Hasn’t the above introduction of hers already made you think that she is a hero?

But then, when you look at the reaction of her fellow Pakistanis, they are not a big fan of her. On contrary, many hate her. Some people in Pakistan do not deem her as a hero and instead raise many questions.

She visited her home country in March 2018 for the first time after the attack. Her video went viral across the globe in which she emotionally broke down while addressing her nation. The hate for her was visible when she visited Pakistan for the first time after the attack. The All Pakistan private school federation held an “I am not Malala Day” to depict their hate towards her.

Malala has written a book named “I am Malala” which throws light on her personal history. The book is among the best-sellers worldwide but not in Pakistan. People in Pakistan are not interested in her story. Also many book-shops did not keep her book as they said they feared Taliban.

But then, the question that pops in mind is that why is there so much hate among the people of Pakistan for their own national hero, Malala? Well, on research we discovered that there are multiple reasons. Here are few to be listed.
(NOTE: None of the listed reason is author’s view of point, rather is general perspective of Pakistanis who hate Malala)