Thursday, September 29
You are at:Home»News»Saudi Arabia agrees to a $6 billion loan to help Pakistan through the economic crisis

Pakistan has been facing a financial and economic crisis for a long time. Ever since the new government, led by Imran Khan took over in July, it has been facing some serious economic challenges. Pakistan is amid a balance of payment crisis. The new government claims that this crisis has been created by the previous governments which have misused the country’s wealth. Since the late 1980’s Pakistan has taken a loan from the International Monetary Fund, IMF 12 times for a bailout from such crisis. Now it looks upon the IMF yet again.

Although the new government had initially said that it would not take assistance from the IMF and took a loan from China of $2 billion instead. But this wasn’t enough for a country facing a four-year low foreign currency reserve of $8.4m and a $18 billion balance of payment deficit according to the State Bank of Pakistan, while the public sector stands at 75.3 billion which is 27% of its GDP. In such a crisis, Pakistan was forced to reach out to the IMF. The IMF team is due to visit Pakistan on November 7 to kick start the negotiations.

The ambitious and hard-working Prime Minister of Pakistan said that he intends to get help from friendly governments along with some assistance from the IMF to get through this difficult time. Imran Khan visited Saudi Arabia where he met King Salman bin Abdul Aziz and Crown Prince Mohammed bin Salman. He also attended the summit at Riyadh ‘Davos in the Desert’ where he addressed his concerns. 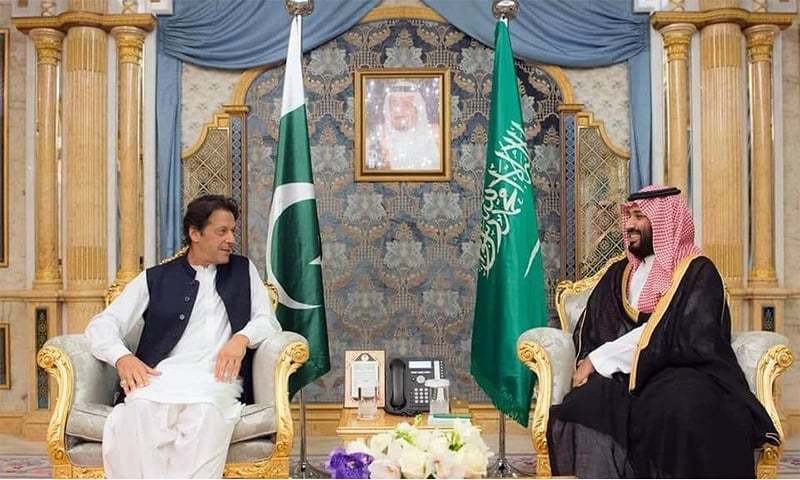 This was a huge achievement as the intensity of the problems has increased due to the IMF delaying the loan several times. The new government seems optimistic that it will be able to tackle the economic crisis and make Pakistan better than ever, free from corruption and bad policies so that it won’t have to face such difficult times ever again.