The most famous music streaming service Spotify is now going to launch its own music hardware later this very year. Rumors about Spotify’s in-car music player are all around and it also claims that it will be available in $100.

How is it going to prove helpful to its users?

The most amazing feature is that it is going to support voice commands, means it will be controlled by its user’s voice. This voice control feature will be made possible via the company’s own in-house “Spotify Voice” System. It is going to help its people to summon audio without taking their eyes off the road. Furthermore, the only preset buttons will apparently provide one push access to favorite albums or playlists.

It is said that Spotify has been working with Flex, an electronics manufacturer to manufacture their in-car device but when they were asked about it, both Spotify and Flex refused to comment.

Very recently Spotify launched a simplified Car View mode for its Android App that allows its users to control the music while driving. It is connected to the vehicle through Bluetooth and it gets automatically activated after detecting the vehicle’s Bluetooth.

It is also said that Spotify will gain independence from Apple’s CarPlay, Google Assistant and Android Auto, and Amazon’s Alexa after launching its own car music player but instead it will be compete for in-car dominance. 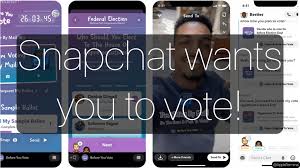