Thursday, September 29
You are at:Home»News»United Nation Officials warn 14 million people will soon be at the risk of starvation in Yemen

The United nation humanitarian chief said that Yemen is on the verge of starving as a big famine is engulfing Yemen. The humanitarians are losing the fight against the famine in Yemen. UN said nearly half of the population of Yemen is completely depending on the humanitarian aid for their survival.

UN Undersecretary-General for humanitarian affairs Marc Lowcock early announced the threat of great famine engulfing Yemen, during his address to the Security Council.

Lowcock said that the famine would be much bigger than anything any professional in this field has seen during their working lives. He had also warned about this in 2017 but a significant scaling up of the humanitarian response and the end of coalition blockade on Yemen helped avoid a worst case scenario.

He urged that a humanitarian ceasefire around the necessities involved in basic needs were convened on the British Initiatives because of the deterioration in Yemen. The parties to the conflict continue to violate the international humanitarian law. The worst and brutal conflict in Yemen left some 10,000 people dead since 2015 and this has created what UN has dubbed the world’s worst humanitarian crisis.

In a UN assessment of September 2017, it was said that almost 11 million Yemeni could be in danger but now the assessment was revised again, and it was said that nearly 14 million people which make half of the population are facing pre-famine situation it means they are entirely reliant on external aid for their survival.

The aid chief claimed that after fours long years of conflict the Yemenis are physically helpless and are less able to withstand with hunger, cholera and other fatal diseases.

Last month Lowcock already warned that the large food crisis in Yemen is due to the intensification of fighting near the Key port city, Hodeida as intense fighting clashes and another air raid is being carried out there and this is the only seaport that is responsible for the imports of items. 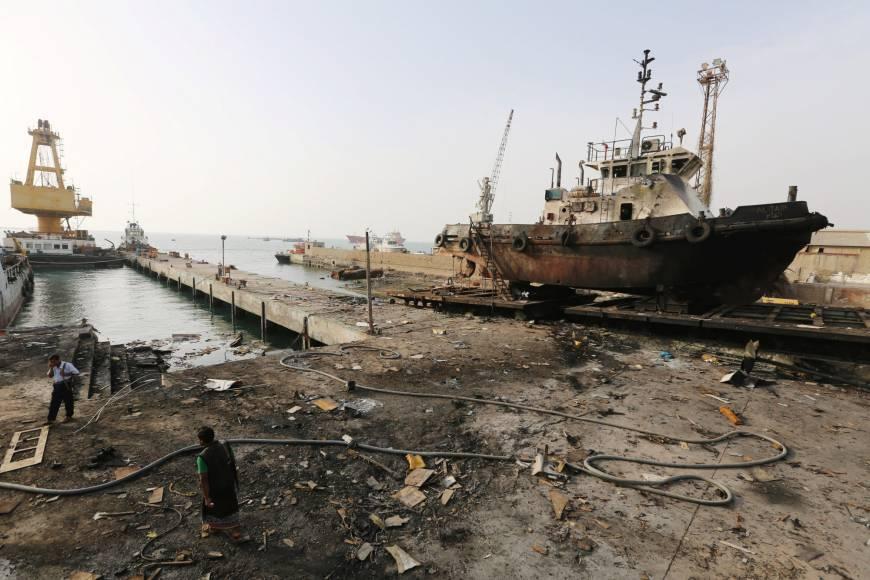 Hodeidah is under the Houthi rebels since 2014. In 2015 the Saudi accused the port of being used to smuggle weapons from Iran. The Houthis reportedly generate $30 m to $40 m from the port. Yemen is a country that is totally reliant under the imports of food, aid, medicine fuel etc. The country imports nearly 90% of its food and the devaluation of its national currency has defended its imports. Besides this, the civil servants are also not paid for the last two years and they are unable to afford food and other items when the prices of many staple items are skyrocketing.

The partial blockades by the coalition have also left 22 million people in need of humanitarian aid created the world largest food security emergency.

Lowcock said an assessment is now underway across Yemen to measure the risk of famine and initial results are expected in the mid of November.