Sunday, September 25
You are at:Home»General»What is son of Osama Bin Laden doing? Is he a terrorist and leading Al-Qaida now?

Osama Bin Laden, the founder of the terrorist organization, the Al Qaida, may not be alive today, however the marks of his bloody activities are still present. Who can forget the 9/11 attacks and other inhumane attacks that were planned by Osama Bin Laden and his organization? 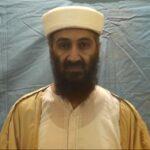 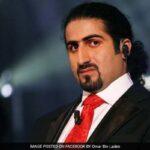 Indeed, when he was alive, he was the “Voldemort” of our real world whose name people feared. He had emerged as the greatest terrorist around the world. He belonged to a family that had settled in Saudi Arabia. His father had established the great “Bin Laden” construction company. His father was a man of passion, of work and women. He had multiple wives (4 at a time and many ex’s) and dozens of children. Osama was among them yet a neglected one as his mother had been divorced and re-married.

The family never got to know when Osama got engaged in terrorist activities. The family was settled in Jeddah, Saudi Arabia. The all-time greatest terrorist of the time, Bin Laden, was finally caught by the US navy seals and put to rest. His name is still fearful. His organization is still operational and is involved in brutal terrorist activities, yet it is not that active as it was in the life of Bin Laden.

Family legacy is usually passed down to the eldest son. So, is the eldest son of Osama now heading Al Qaida? This is the question that many of us have. Of course, the most common perception is that “like father, like son”. And with that we believed that the sons of Osama must be involved in terrorist activities.

Yet, his eldest son, Omar Bin Laden proved this phrase wrong. He has not grown up being a terrorist. He has condemned his father’s activities openly and has been a great opponent of his organization.

Nonetheless, Omar says that growing up with this surname had been tough. Yet what makes him different from his father is his heart and that is why the ‘Bin Laden” blood could not influence him. Talking about his father’s work, Omar says that he and his brothers were never asked to join Al Qaida and his father already knew that none would agree. He however wanted Omar to become the Al Qaida leader after him, yet Omar clearly refused.

Omar said that when the 9/11 occurred and the family got informed that Osama was behind the brutal attack, they could not believe it. Yet the audio recording came forth in which Osama took the responsibility of the attack, the family was in a shock.

Omar’s heart swelled with pain when he learnt that his father is responsible for taking away so many lives of innocents. He had always looked up to his father who was an intelligent person. Osama was no less than a calculator, says Omar. He could calculate complex numbers in his mind.

He cannot hate his father yet hates Osama bin Laden: the man who took lives of many. He hates the man who is responsible for putting the lives of his own family members in pain and stress.

He has some good memories of his father. He says that he was a man who never spoke badly with any women. Be it his wives, sisters, daughters: he was kind with all. When he would see any women, he would lower his gaze.

He is looking forward to joining United Nations to work for peace and harmony and tell the world that what his father did was not in their blood but was his own divergence from Islam and what he will do is what he has learnt from live. He wants the world to be a peaceful place.

His book, ‘Growing up Bin Laden’ reflects his life and his views. People have appreciated his efforts and his views. It is delightful to see that evil died with Osama and hasn’t been kept alive by Omar!